Esophageal Manometry is a test that shows the functionality of the esophagus. It measures the rhythmic muscle contractions that occur in the esophagus when one swallows. Abnormalities in the contractions and strength of the muscle or in the sphincter, at the lower end of the esophagus, can result in pain, heartburn and/or difficulty swallowing. This test is used to diagnose the conditions that can cause these symptoms. 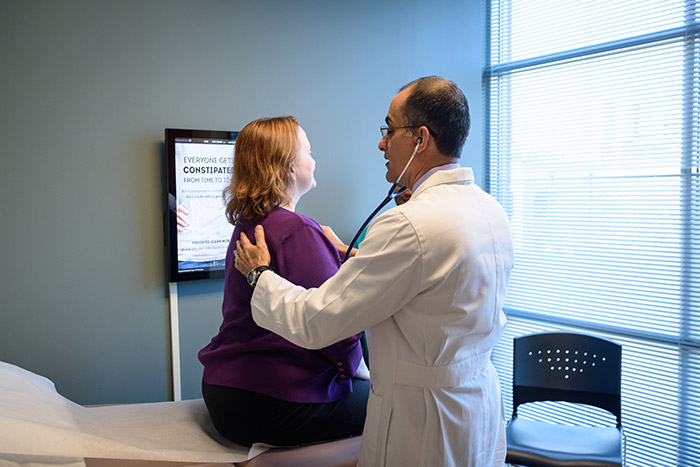 The procedure will take about an hour to complete. While seated in a chair or lying on your side, thin soft tubing is gently passed through the nose, and sometimes the mouth. Upon swallowing, the tip of the tube enters the esophagus and the technician then quickly passes it down to the desired level. There is usually some slight gagging but this is controlled by either dry or wet swallowing. Pressure recordings are made and the tubing is then removed. Patients can resume their regular activities including eating and drinking.