Gastrointestinal Specialists of Georgia is proud to present GI Pathology of Georgia.

The Laboratory was opened in 2008. In addition to the required state licensure, GI Pathology has achieved accreditation from the Joint Commission on Accreditation of Healthcare Organizations, which requires additional quality and safety requirements.

GI Pathology is Gastroenterology specific, and only services the patients of GI Specialists of Georgia while operating within one of our Ambulatory Surgery Centers . Biopsies are fully processed by a Histotechnologist, and then interpreted on site by a full time Board Certified experienced Pathologist . This specialized approach offers our patients the considerable, comforting advantage of strong and immediate, often face to face interaction between their physician and the pathology lab staff. 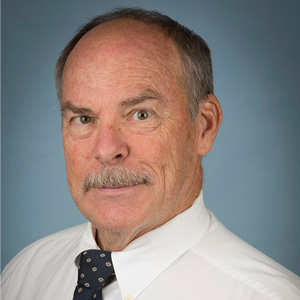 Dr. O’Rourke is Board Certified in Anatomic and Clinical Pathology. He has been in practice since 1978.

Dr. O’Rourke graduated in 1970 from Cornell University, Ithaca, NY with a degree in Biology and focus in Biochemistry. He earned in Medical Doctorate degree from the University of North Carolina at Chapel Hill in 1974. He completed his Residency in Pathology at Emory University, serving as Chief Resident his final year and was Certified by the American Board of Pathology in both Anatomic and Clinical Pathology in 1977. He also completed a one-year Fellowship in the American Cancer Society in 1976. He is a Fellow in both the American Society of Clinical Pathologists and the College of American Pathologists.

Dr. O’Rourke has been in Pathology practice since 1978. He has served as Chief of Pathology at the Gwinnett Hospital System for 14 years, as well as serving on the Executive Committee of Gwinnett Hospital System during the same time period. Through Dr. O’Rourke’s leadership, the Pathology Laboratory gained College of American Pathologists accreditation for the Pathology Laboratory, which had happened only twice in the State of Georgia.

Dr. O’Rourke was instrumental in the implementation of GI Pathology of Georgia and has been the Pathologist. Pathologist since opening in 2009.